Ben Reilly: Scarlet Spider, Vol. 1: Back in the Hood by Peter David

The Spider-Clone books for Marvel are like being reminded of the time you threw up on your date’s prom gown or when it took you six times to pass the driver’s test – awkward, embarrassing, painful. Yet Marvel still keeps re-publishing the collected clone works (I believe the whole shebang is five volumes. Mercy!) and still gives the clone characters prominence.

Ben Reilly (THE Scarlet Spider) has been dead a bunch of times, like disintegrated dead, yet here he’s back and Marvel’s trying to differentiate him from the pack of Spider-Heroes by making him a dickwad. (read: anti-hero). 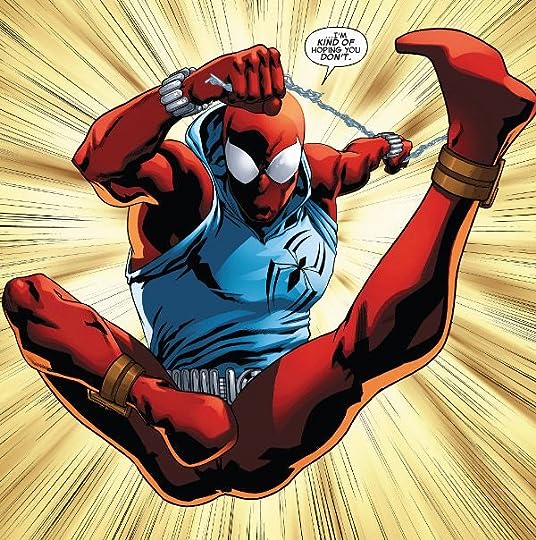 He was caught illegally cloning people who were dying, subbing them out with their clones and giving their families false hope. Sadly, the clones didn’t last long. And Mr. Reilly is now one spider swing ahead of the law in Las Vegas.

Reilly hates Spider-Man, but tries to imitate him in the creepiest of ways. 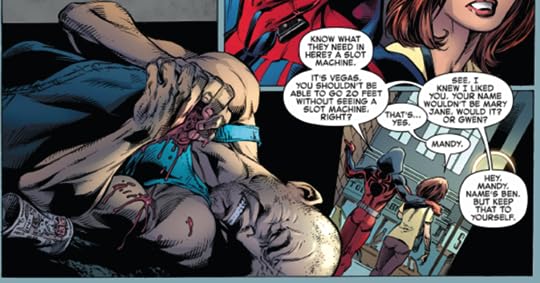 Well, you could sub in almost any prunish old harridan for Aunt May. 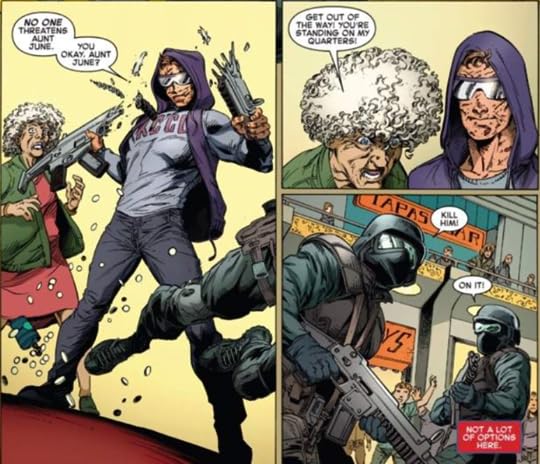 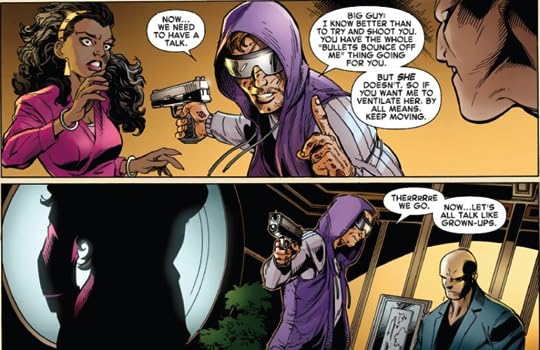 …and Kaine, yet another Spider-Clone is gunning for him... 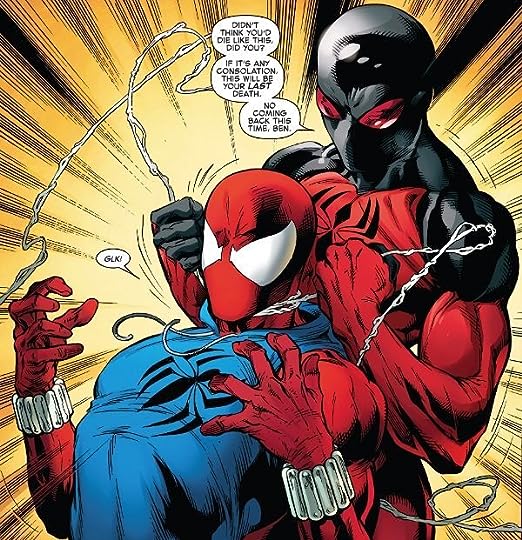 …and you have the gist of the story.

Bottom line : As much as I like most of Peter David’s body of work and his sense of humor, this one reeks of D-List hero – it’s that smell you get when poor kitty cat has lost his breakfast and it’s been sitting around all day – “sure, honey, I’ll clean it up…eventually…”

Hunter X Hunter Has Too Many Words So Togashi Sucks..... - HunterXHunter

Hunters are a special breed, dedicated to tracking down treasures, magical beasts and even other people. But such pursuits require a license, and less than one in a hundred thousand can pass the grueling qualification exam. New chapters weekly, official and same day as Japan!
Peter David

Florence and the machine dance song

5 thoughts on “Ben Reilly: Scarlet Spider, Vol. 1: Back in the Hood by Peter David”